James Cameron achieved to metion with his legendary production in the film world.We have met Aliens , Terminator and record-holder Titanic through Cameron. Within a few days , long-awaited film “Avatar” will be released.Then , video game preparation which belonging to film is expecting. 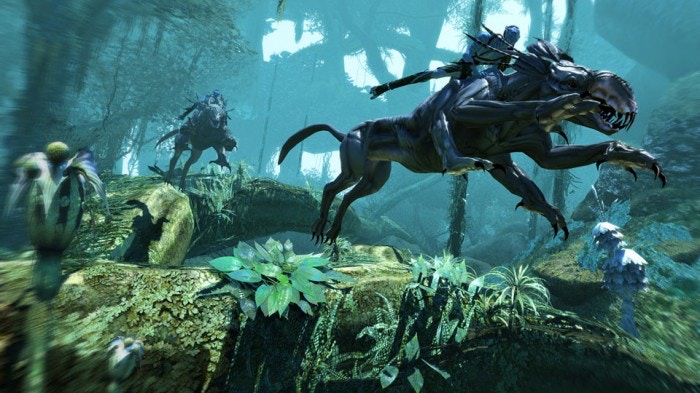 You are starting the game with Abel Ryder(New private of RDA) and you would continue to playing without asking such as ‘What is Avatar’ or “Why they are here”.As soon as in the game, you must choose one of the choices : fight for RDA’s or fight for Na’vi’s. If you prefer to fight for RDA’s the game offers to special powers, a few types of weapons and special war machine for destroy the aggressive forms of life around. If you choose to fight for Na'vi’s, now you are use primitive weapons but still effective such as knives,stick instead of technological weapons. 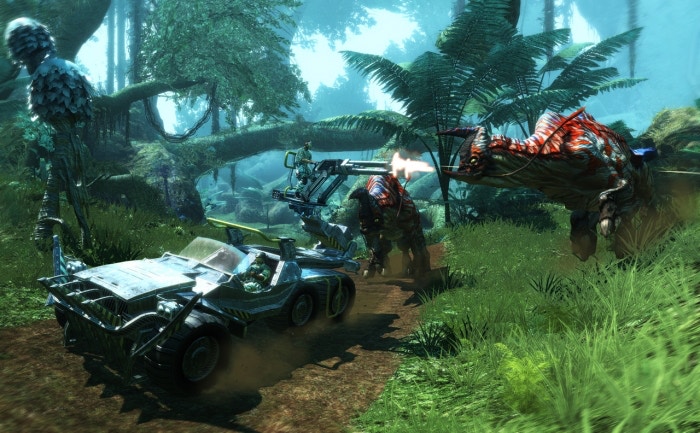 The game takes 5-6 hours whether you choose to fight for Na'vi or RDA. But there are different stories in two options and offers different forms of gameplay to the player. If you are going to fight for natives, ordinary and a little boring action games waiting for you. If you want to fight for RDA’s, the gameplay await you to destroy almost everything. Or, you play both option and you can double your gameplay time.

The game Avatar doesn’t have a problem in gameplay. Sometimes, conflicts can be quite enjoyable as RDA. Side and main tasks are maintaining uniqueness. No difficulty in missions. In the game, our enemies seems to be deprived for artifical intelligence. Generally is very easy to destroy them.On the other side, in some boss fights, caused by environment design errors, can be quite frustrating.

The game may be slightly worse when you are fighting for Na’vi’s. Animations prepared very bad. Especially in close fight , camera is moving enough to confuse.Sometimes the game can become cloying. The game makers had tried to save Avatar at monoton life but they couldn’t succeeded. There are many features in the game but they are hollow. Probably the best example is the level system. Your level increases when you gained enough reputation points. New levels opportunity to upgrade your weapons and armor, but the game performs this operation automatically and this changes are very difficult the notice. You've made on this issue only choose your favorite skills and weapons at the beginning of the game. The level and upgrade system is so slightly in the game.

Shining star of the Avatar game is Pandora as we expected. You can learn more information from Pandorapedia about Pandora when you keep going in the game. Cameron reflected the world in his mind to the game.You’re feeling at a holiday not in war but be careful suddenly you can exposed to attack. The rest of the game such as gameplay and artificial intelligence, including serious problems that can be observed.
Gunfire level is enough in the game but it could be more dominant, musics isn’t remarkable.

LAST REVIEWS
It seems that Avatar: The Game makers have spent all their efforts to Pandora's design. Yes, the game seems as if throw away from your screen. Otherwise, bad storytelling in the game won’t be enough to satisfy to story-focused players. If you are looking for a really good action games, stay away from this game.Have fun.