In 90's this game was the first thing that used to come across your mind when it came to manager. We wanted to remember this game here. 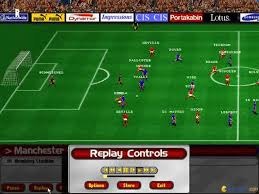 In the middle of 90's we began leaving the a,s and d keys of the keyboard and heading to an alternative direction in soccer games. Instead of taking an active role on the field, being a coach on the bench, conducting transfers, firing the players, who we did not favor or things like increasing the seating capacity of the stadium began to seem more and more attractive. Hence the manager games. Before CM or FM dominated the market, there was a game, released twice in 1997 and 98 respectively, which left an awesome taste in terms of gameplay; the Ultimate Soccer Manager. 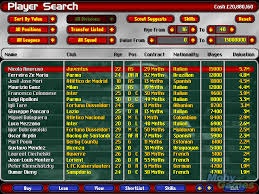 Its graphics might have been at the level of a black box Atari console but its match engine was quite amusing indeed. There was no reverse gear for the players meaning that they never run back in the field, never. The shots always used to target the keeper, this used to result in an expectation of "will it be a goal or not" for every shot. However, the super star scorers used to take their shots to the corner that the keeper could possibly reach. The young Inzaghi from Juventus for example. He was the best forwarder in the game. The best midfielder was Zidane and the best defensive player was Markus Babel.

The transfer procedure was very formal, you used to enter into the transfers by sending a fax. If the club or the player didn't have any intention, the faxes used to become wasted paper. The in game menu used to have an exciting side as well. The music was energetic. The effects that used to play when you come to another level could stole you away. With the sound of crunches and rustle, you used to open up the pages of a newspaper, wondering what they wrote about after our match. The game itself was simple so after some bad results, it was also simple for you to be fired! Just in a blink of an eye, you might have found yourself out with your belongings in a box. 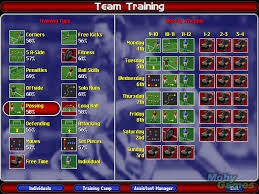 Ultimate Soccer Manager has a different aspect, which is still absent from the manager games today. The organization of set pieces. There was a special section for this. You used to play a scenario in your head and instill this to your players. Then you used to add this special arrangement to the training program. Then when you had a dead ball during the match, you used to see that the players implement the tactics they learned in the match and here comes the goal. The game even featured a cheating mode but naturally we all used to skip this option and paid the price. Purchased Inzaghi and got the wins by our own efforts.

The Ultimate Soccer Manager dissaperad from the scene after its 1998 version. But its fans didnt leave the game even in 2000's. That game was one of those games that make people addicted. We miss it.